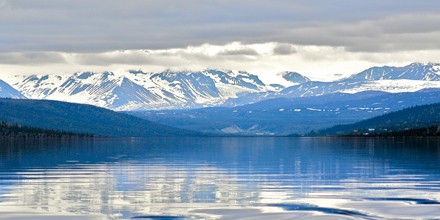 It is there that two men are pulling their cannabis plants that grew through the summer. Greatland Ganja is a small place on the Kenai Peninsula where brothers Arthur and Leif Abel now have ten strains of marijuana. The plants have grown in the building’s four rooms and the grow amounts to over 75 pounds; it was measured after being dried.

The grow operation includes plants piled on shelves that reach high to the ceiling and, in another room, workers trim buds from the pulled plants. To dry the cannabis involves a vertical rack system, which dries up to 200 pounds of weed in one shot. The vertical design of the system provides for a good use of space for the brothers’ commercial operation in Alaska.

Before the Greatland Ganja operation, the two men had a little medical grow. Expanding to a commercial scale takes time and constant learning. For example, they still have to complete the building’s indoor hydroponic system.

After the dried cannabis leaves the building, it goes to a testing facility that has a state license. Unfortunately, this type of facility is still closed so the weed cannot be sold until a lab approves it.

Another first harvest is occurring at Rosie Creek Farm in Fairbanks. As the second licensed commercial grow in Alaska, Rosie Creek Farm’s owner Mike Emers is heading a team who is trying to pull the cannabis plants out of the ground. They are trying to beat the colder weather that is coming.

There are 12 commercial grow facilities in Alaska in total. Fifty percent of them are in Fairbanks, while the other half are spread out across Kasilof, Juneau, Seward, Sterling, North Pole, and Valdez.