Games are fun to play at a party or when hanging out with friends – and weed games are even better.  There are a ton of great games to play with your friends when you’re all stoned, and it can be hard to limit it to the ultimate best.  However, that’s just what we’ve done.

The Best Games to Play When Stoned 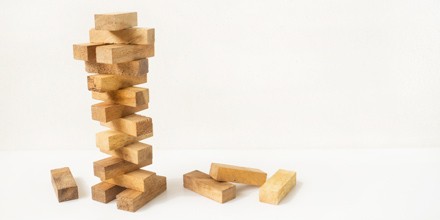 Movietime:  A game that’s played in a variety of ways, with a variety of different alternatives.  This one’s pretty simple.  Put on a stoner movie, gather your friends, and take a hit before you pass it to the next person.  Only take a hit each time weed is mentioned or someone smokes in the movie.  You can, of course, play this game alone – but it’s always fun to play with friends if you have nothing else to do.

Weed Jenga:  In order to play this game, you need a little preparation -- and you need to be high.  Once high, write rules on the Jenga blocks such as "take two hits".  The more creative you are, the better!  Once you have all your friends gathered around, play the game like normal.  The person who pulls the block has to do whatever rule or action the block says, while the whole group takes a puff.  Of course, you can make up whatever rules or change the game however you want!

Never Have I Ever:  The classic game that everyone plays, whether they’re drunk, stoned, or completely sober.  Have a few joints around, and begin the game.  For those who’ve never played, it starts with someone stating something, beginning with “Never have I ever…” – the people who have partaken in said action then takes a toke.

Regardless of which one you play, be creative with your friends and the games!  And, most importantly, be safe and have fun!