Amidst the rising concern about the effects of synthetic weed, we want to provide details for anyone interested in learning more about potential dangers. Firstly, let’s answer the question of “what is synthetic weed?” 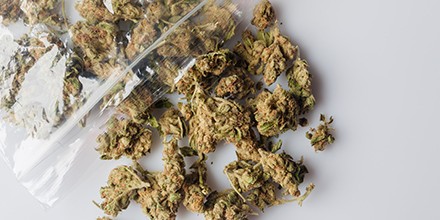 Essentially, if you are wondering what is synthetic weed, the answer is that it’s fake pot. It is created in labs and sold in both smoke shops and gas stations in the United States. The appeal for teens with this type of marijuana is high because it is cheap, easy to get ahold of, and drug tests cannot detect it.

In the lab, researchers create synthetic cannabinoids, also called “syncanns,” and then spray them onto dried plant leaves. The compounds were designed for use in experiments to analyze the effects of marijuana in laboratory settings, including animal studies, but was not made for human use or tested safety-wise. Unfortunately, as it looks like real cannabis, synthetic weed can be difficult to distinguish.

Do not mistakenly think that fake pot is harmless. In reality, there are dangerous health effects of synthetic weed. Syncanns have a stronger effect on the brain than real weed, acting like a hyper batch of THC, which makes users subject to many health risks.

For example, users may get intense anxiety, tremors, feel nauseous, vomit, have seizures or hallucinate. These reactions are just a few of the possible effects of synthetic weed. The unreal material can also aggravate the vocal folds, resulting in swelling and even laryngitis. An overdose can lead to hospitalization, heart attack, and even death.

As the results can be unpredictable, it is best practice to stay away from fake pot. By educating yourself as to what is synthetic weed, you can stay healthy and share the information with people around you to help them be safer too.