Smoking with asthma may seem like an oxymoron of sorts. Asthma is a chronic respiratory illness which causes narrowed passageways and can lead to severe coughing, shortness of breath, and extreme cases, even death. While many patients have continued to use the tried-and-true methods of prescribed inhalers containing corticosteroid medications, many doctors are now questioning whether cannabinoids wouldn’t be a better option, as they do not have the potential side effects that corticosteroids do, such as depression, anxiety, and high blood pressure. 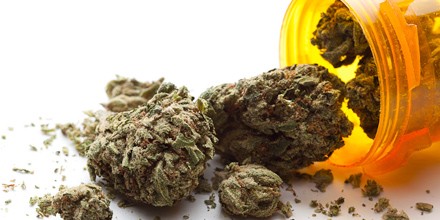 So, what are the benefits of THC for asthma sufferers? As it turns out, cannabis has the ability to open up airways, and make respiratory passages much less inflamed. This is the opposite of what the effects of tobacco are, as tobacco will restrict and narrow the passageways even further. However, is it a good idea to smoke weed in order to gain its positive effects for this illness, or should other forms of treatment be considered? There are different options available such as vaporizers which could help serve as a potential replacement for inhalers over the long-term. This would provide patients the ability to have a mobile form of treatment readily available, without having to worry about the serious side effects that can occur with corticosteroids.

What the Future Holds

While no-one can say for certain whether marijuana will be legalized or not, it’s important to keep in mind the potential impact that this treatment could have for asthma sufferers. Relieving people’s pain without putting them through the harmful side effects of strong medication seems like an ideal solution. However, there is a strong debate within the medical community about whether smoking with asthma would have potential negative effects on a long-term basis, not just for short-term relief. From studies thus far, long-term side effects seem to be minimal, with mild irritation and dryness being the more notable ones. Only time will tell whether marijuana is truly the solution we are looking for.