Fentanyl Being Mixed with Marijuana?

When is marijuana not marijuana? When it’s being laced with dangerous fentanyl. Yes, we’re referring to the same deadly synthetic substance that is part of the opioid abuse crisis happening in the U.S. The mixing of fentanyl with weed is happening in some Ohio communities, and it threatens to expand to more places and even other states. 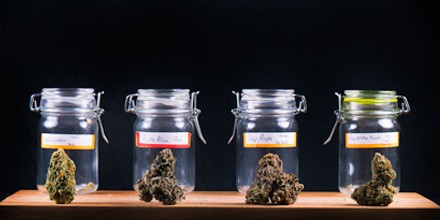 So here’s why you don’t want to consume opioids. Opioid abuse can be fatal. Just this year alone, Hamilton County Coroner Dr. Lakshmi Sammarco says that there have been 297 deaths caused by suspected opioid overdose. This number is above the 403 confirmed deaths for the entire previous year.

So, this prompts one to be careful when purchasing weed that it does not contain cocaine, fentanyl, or another dangerous substance. While opioids, when uses correctly, can be safe, they can also be misused and become addictive.

Opioides are powerful drugs that carry a high risk of addiction because of their potent effects. Once a user becomes physically and psychologically dependent on the drug, taking it becomes a compulsion. This is when the person is in the midst of opioid abuse and addiction.

But is Fentanyl Likely to be in Pot?

If you’re getting your marijuana off the street, it might be mixed with a synthetic opiate, such as fentanyl, but Sammarco says this is not likely to be the case. It is possible though, considering that when a new drug becomes popular, it tends to be laced in weed.

Thankfully, it appears that while lacing weed is not a new issue, lacing it with fentanyl is rare. And the chances are that if it does become concern, then the proper authorities will put out a warning, like when the NYC Health Department warned about fentanyl-tinged coke. It’s a remote chance that you’ll be tricked into taking an opioid and spiraling into opioid abuse, although of course, anything is possible.