Larry Smith, a former police officer, tried several treatments over the span of two decades to help alleviate the symptoms associated with Parkinson’s Disease. With his health deteriorating, he turned to marijuana as an option and was shocked by the benefits of doing so. 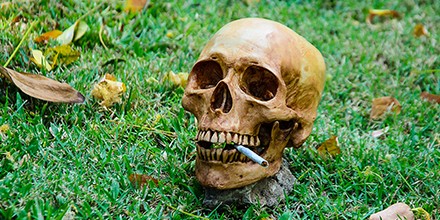 The use of cannabis for the former law official was not an easy decision given that while it is state legal in California, weed use still goes against federal law. He also worried that his police officer friends might judge him.

With his pain levels increasing, and his muscle movements involuntary due to his dyskinesia, Larry Smith was running out of ideas for what would work for him. Walking and talking had become difficult.

He then went to San Diego, California, where pot is legal, to see a doctor to get a medical marijuana card to buy the treatment. Larry lives in South Dakota, which does not have a medical pot program.

While there are obviously different ways to consume weed, he chooses the buds. He also tried cannabis oil under the tongue, which his friend let him try from his supply, and was shocked to find his dyskinesia calmed down in only minutes. It is all captured in video, complete with timestamps to prove how his movements settled so quickly after the medical marijuana dosage.

Larry Smith’s story has become the spotlight of a documentary. The film project began in 2011 and is called “Ride with Larry.”

Along with the movie is an awareness campaign about Parkinson’s disease that offers tips about the advantages of active lifestyles, particularly in regards to recumbent cycling. Larry expresses frustration in the documentary that he cannot get cannabis legally in his home state given its potential to help people, such as those with Parkinson’s Disease, by controlling dyskinesia.