There is already much talk of whether weed is morally good for humans or not and now the discussion is going to the dogs. Literally. Is weed fatal to dogs? With the furry friends accidentally getting high every day, there is a need to look at the effects of marijuana for dogs.

Cases of Dogs Getting High 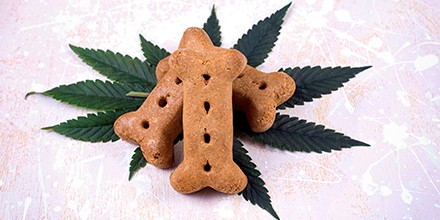 Many dogs are getting stoned off the smoke of their owners, as well as from old blunts or dropped buds. In some cases, doctors can prescribe hemp treatments for dogs. They can succumb to a case of the munchies, like humans, as well as becoming ill. There may even be a risk of death.

Common signs that the dog has accidently ingested marijuana include being sluggish, falling over (unbalanced), abnormal heart rate, and issues breathing. The effects depend on the size of the dog. If this happens, take your pet to the vet immediately.

Becoming sick from marijuana is much more plausible for dogs than death. While there are many more cases of sick dogs since many states legalized weed, including Colorado, it is very rare for a fatal case to occur. It would require a huge dose of a pound of edibles or weed and likely involve choking on their own vomit to the point of death.

Can Marijuana for Dogs Be Beneficial?

In other words, should cannabis be given on purpose to the canines? Not at all in the first eight months of life as they are still developing brain function and ingesting marijuana can really mess up their brains.

As dogs have cannabinoid receptors, they can feel THC effects. Marijuana consumption can be beneficial when it is medical related, such as helping with anxiety, eating disorders, and seizures.

Weed may also calm down the furry pals and help provide them comfort near the end of their lives. For chronic pain, cannabis can offer some relief for dogs, just as it does with humans. However, the best course of action is to consult a vet rather than medicating your animal yourself; leave it to the professionals, as you don’t want to administer anything incorrectly to your beloved dog.