Marijuana-based Painkillers to Aid in the Opioid Crisis

It’s tough to argue with the fact that the U.S. is facing widespread opiate abuse. Now a few drug manufacturers are looking toward creating marijuana-based painkillers as opioid alternatives. To get it approved by the FDA, though, requires doing clinical research on its effectiveness on opioid-dependent patients, which is going to be difficult given that federally marijuana legalization is a no-no. 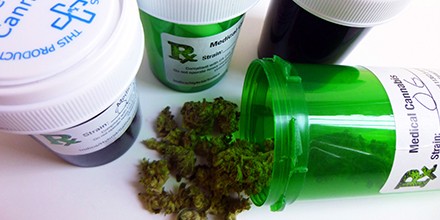 In 2015 alone, opioid overdose took the lives of over 33,000 people, as per the Centers for Disease Control and Prevention. Currently, about 100 million Americans are addicted to opioid painkillers, such as Vicodin, or street opiates like heroin. In light of this epidemic, drugmakers like Nemus Bioscience and Axim Biotechnologies are creating painkillers derived from pot.

And, just to be clear, there are no recorded deaths related to marijuana overdose.

There are not currently any FDA-approved opioid painkillers derived from cannabis. At the federal level, marijuana legalization is not happening because the green plant is still considered a Schedule 1 substance. To be in the Schedule 1 means that it has no medicinal value and is dangerous. This makes any FDA approvals very difficult.

Still, Nemus Bioscience is testing their pot-based painkiller on rats, in a blinded, placebo-controlled trial. It is being used on rats with chronic pain to learn the results. Their drug is not psychoactive and instead contains the CBD compound found in the cannabis plant. They are likely to send an FDA application in late 2017.

The reality is that opiate abuse is here to stay, right now. It’s going to be difficult to change things without marijuana legalization on a federal level. Another option, instead of marijuana-based painkillers to help in the opioid crisis is to create non-opioid painkillers to help those in chronic pain. Currently, some drugmakers, including Biogen and Pfizer, are conducting clinical studies on these alternatives.