How can consuming marijuana help you lose weight? Read on to find out more about this surprising benefit of the green plant.

What Research Reveals about Marijuana and Weight Loss 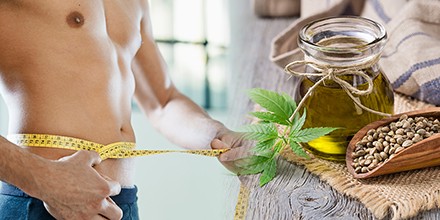 Research reveals that marijuana suppresses the appetite. The cannabis plant can reduce BMI and lower obesity. One study, for example, found a negative correlation between the BMI group of subjects and percent weed use. Researchers have also noted that in states that have legally approved medical marijuana there is a reduction in obesity rates by 2-6 percent.

How Does Weed Help with Shedding Pounds?

The answer to the question of can marijuana help you lose weight is yes, as shown by the studies outlined above. The reason why is multifaceted. Firstly, some varieties of cannabis have cannabinoids in them that suppress appetite. While weed is well-known for giving you the munchies, there are some strains that actually do the opposite. An example of one such cannabinoid is THCV.

Another reason why marijuana can benefit weight loss has to do with insulin production. A study done by the American Journal of Medicine found that subjects who consumed cannabis regularly (3-5 times per week) had 16 percent lower fasting insulin levels than those who did not consume it. Studies appear to indicate that weed may help regulate insulin production, which may help promote glucose production and stave off fatigue.

Another theory is that marijuana may interfere with the cannabinoid receptors that are in the brain. The receptors, which manage appetite and memory, may get desensitized in regular users, which means that these people are less likely to pack on the pounds.

So, can marijuana help you lose weight? Sure, some cannabis strains, especially those containing THCV, may help to keep you from having an insatiable appetite. With that said, it is important to remember that consuming a lot of weed without working it off is not going to be an effective way to lose weight. In other words, you will still have to exercise and eat balanced meals (healthy vegetables, fruits, and grains) to shed the pounds.

Tweet
How to Select the Right Type and Size Rolling Pape...