Did you know that honey can be made from weed? A man known as Nicholas Trainer – we’re guessing that’s an alias – has trained his bees to do so. Here’s more about the marijuana honey bees and the yellowish “cannahoney” that they produce from cannabis plants.

Who is Nicholas Trainer? 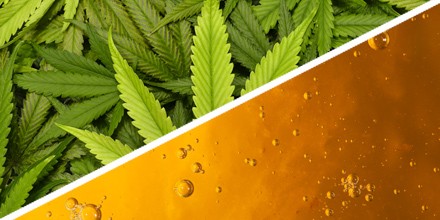 He is a supporter of weed, obviously. As well, he is a French beekeeper, artist, and locksmith. What’s more, he has found a way to combine his love of pot with this passion for bees; the process took him from 2013 to 2016, but he did it. Nicholas Trainer began ingesting cannabis for medicinal purposes, using it to help cope with hyperactivity.

This beekeeper has trained his bees to make honey in the beehive after they take resinous crystals from cannabis plants. The result is the world’s first-ever “cannahoney” batch. As this is all a new process, testing still has to done to determine how much of the original resin makes it through to the final product. But getting honey out of weed is certainly innovative.

Why honey? Sweet honey is partnered with weed because it is an all-natural substance. Plus, honey has a high medicinal value, bearing anti-bacterial and anti-inflammatory properties that make it a great remedy for everything from treating coughs to caring for wounds.

As for the question of whether pot is dangerous to these insects, the results Nicholas Trainer has obtained tells him that the answer is a resounding no. This is because the marijuana honey bees lack an endocannabinoid system; thus, cannabinoids have no effect on them.

The far-reaching effects of this special honey are awesome. Imagine having an all-natural cannabis edible. Plus, cannahoney could be made from the resin in any marijuana strain, resulting in many different kinds of honey.