A growing body of research shows that marijuana has the ability to prevent the spread and growth of cancer. Recently, UK researchers pinpointed the location of why marijuana cancer treatment works to cannabinoid receptors in tumor cells.

THC in Marijuana as a Cancer Cure 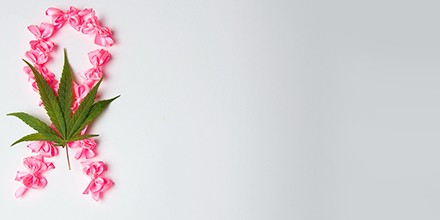 The main active part of marijuana is THC, which is located within the cell receptors called cannabinoid receptors. THC is the component of weed that has anti-cancer properties, as studies have determined. Researchers recently found that when THC was injected into mice, it slowed down the growth of tumors in both breast and brain cancer cell lines.

While the link between marijuana and cancer treatment is a relatively new field of study, it is gaining a lot of attention as of late and more researchers are honing their efforts in this area. By doing more related studies, scientists will hopefully learn more about developing marijuana cancer treatments.

Attention from the National Cancer Institute

Even the National Cancer Institute has made a statement on their website about the link between marijuana and cancer treatment. As per the site, “cannabis and cannabinoids may have benefits in treating the symptoms of cancer or the side effects of cancer therapies.”

On the same page online, the institute explains that lab experiments have occurred showing weed killed cancer cells. Some patients are taking cannabis to relieve side effects such as vomiting and nausea that accompany chemotherapy.

The National Cancer Institute also explains online (same webpage) that the FDA has not approved cannabis as a cancer treatment. There is not yet enough evidence for the government to recommend patients taking marijuana as a cure for cancer.

A marijuana cancer cure may be unveiled soon though as the green plant we adore is certainly full of many surprises. We will continue to update you on the research field as it relates to marijuana and cancer.