Use of Medical Marijuana for PTSD 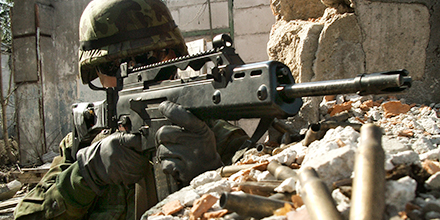 According to discoveries by the Israeli scientist Dr. Mechoulam, marijuana treat those with PTSD by aiding in memory extinction. The canabinoid system is directly connected to memory extinction, which is the healthy loss of memory related to stimuli (loud noises or stress).

Science of Medical Marijuana for PTSD

Without any effective medications available, medical marijuana for PTSD is being actively researched. It has been discovered that individuals with PTSD have lower amounts of anadamide (a natural canibinoid found in our bodies). THC can replace the lack of anadamide by triggering the same receptors in the body. This effect can help patients get relief from their painful memories.

Benefits of Medical Marijuana for PTSD

Before starting to treat PTSD with marijuana, it is advised that you should consult a doctor first. In some cased, if a person is not used to the effects, marijuana can make anxiety worse. There may be certain strains (with high levels of CBD) that can be used to prevent anxiety.

"General use of cannabis for PTSD Symptoms". Veterans for Medical Marijuana, 2010. Web. 11/30/2016. http://veteransformedicalmarijuana.org/content/general-use-cannabis-ptsd-symptoms