The Presidential race has been one that has been overall looking favorably at legalizing marijuana. Of the big contenders for the title of the next President of the United States, they all show promise toward a federal pot legalization. 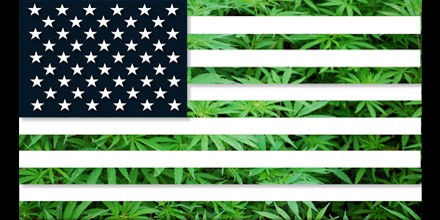 The presidential candidates seem to one of the friendliest ever in their views toward creating a mellow America. Favorable views of pot legalization are seen in the platforms of Democrats Bernie Sanders and Hillary Clinton, as well as Republican Donald Trump.

Regarding medical marijuana, all of the presidential candidates support it. The majority of candidates are interested in legalizing and regulating cannabis much the way it is done with alcohol. Also, most of them agree that the states should have independent power over their marijuana laws, without federal intrusion.

While Clinton supports medical marijuana, she wants additional research in the area of the medical benefits of pot. Clinton said on November 7th of last year that she supported reclassifying cannabis from Schedule I to Schedule II, which would remove roadblocks from research into its medical advantages.

For Sanders, he supports states legalizing pot for medical and recreational use if those states want to do so. He is trailing behind Clinton in nominating a candidate at the Democratic Party’s national convention on July 25-28. He has explained in public statements his concerns about the consequences of the war on drugs, including its huge financial costs over the decades.

The Libertarian Party’s Gary Johnson, who is the former governor of New Mexico, supports legalizing pot across the U.S. (medical and recreational use). As for Trump, he is for medical marijuana, but his platform indicates he is against adult use of pot.

He proposes legalizing medical cannabis and letting states create their own regulations toward it. In other words, it would be a state issue in Trump’s eyes.