Now that Donald Trump is President, we’d all better get used to his views on weed. Specifically, what are his plans for legalizing marijuana?

Trump and Weed: What are the Options? 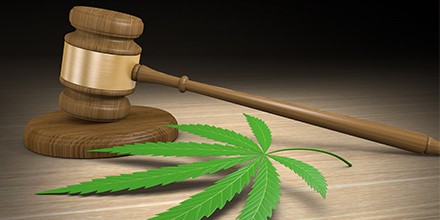 There are two ways that Trump’s administration could go in regards to pot legalization. First, there is the option to put out the marijuana industry altogether. Or, he could support state’s rights to legislate their drug policies.

Currently, weed regulation happens at the federal level, so Trump and his “team” have the power to stop state-level programs that have approved the legalization of weed for medical use, recreational use, or both. However, it seems less probable that Trump will take this route.

After all, more than half of Americans support pot legalization, according to a recent Gallup Poll. Even Republicans seems to be warming up to the idea. Of the U.S. states that voted on weed legalization ballots in the last election, five of them turned red in Trump’s favor, and all but one of those five states legalized weed in some way or another.

Perhaps it is instead more likely that Trump will allow states to regulate weed themselves. Doing so would satisfy conservatives who believe in state power being more important than federal under the Constitution.

Acting Somewhere in the Middle

Of course, Trump and his administration could act somewhere in between the two paths. In this case, Trump would support state powers on paper but, in reality, he would behave in ways that damage the weed industry across the country. For example, the federal Department of Justice might search a dispensary in a state where it is legal to be open, just to create apprehension amongst weed buyers and sellers.

What way Trump will go is not easy to determine at this point. But given the American support for weed, it seems likely that he will support the public and back states’ rights.