When you think of Jamaica, images of rum drinks may come to mind, along with good ganga. Yes, ganga is the Jamaican term for marijuana. It was the focus of the first High Times Jamaica Cannabis Cup in Negril.

Negril is about a 90-minute drive from the airport Montego Bay. During the drive, you may dream of pot or prepare yourself for the laidback Jamaican pace of life. When in Jamaica, one must get used to enjoying the island culture, which is free of the fast-paced days to which many Americans are accustomed.

The pace is a relaxed one, and it has a name: “Jamaica time.” Welcome to a mild climate that features seemingly endless sandy beaches and crystal clear waters. The Caribbean is magical, and when you add marijuana it is even more so.

Challenges of the 2015 Jamaica Cannabis Cup 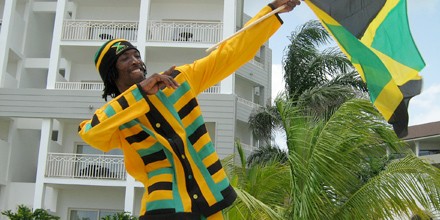 The Jamaican Parliament approved new laws in February of this year regarding ganga, and they became active in July. The new legislation did away with criminal penalties for possessing two ounces of pot or less and replaced this action with a $5 civil fine. This was just one of the reforms.

Still, planning the Jamaica Cup was not an easy process, and it involved a lengthy process of obtaining government grants. High Times, which holds a yearly Cannabis Cup, had to get the approval and help of the Rastafarians. Under the new laws, Rastafarians can hold public demonstrations using ganga as it is recognized to be part of the religious practices.

The government backed the High Times 2015 Jamaica Cannabis Cup as a way to show respect to the Rastafarians. The event was officially sponsored by the Rastafari Rootzfest and took place over four days on a public beach in Negril.

The legalization of marijuana in Jamaica has brought about a change in the measure of freedom, hope for the days ahead and cultural recognition for the Rastafarians. Jamaica has undergone a significant breakthrough.