Marijuana has many benefits. That much you likely know. But, do you know exactly how marijuana can benefit your health? Here are five of the top health benefits of pot.

The Healing Benefits of Marijuana 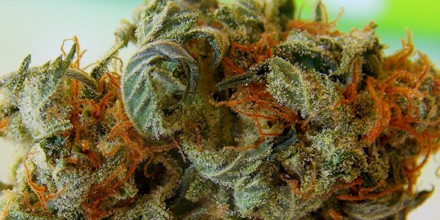 Marijuana is a powerful pain reliever. It can lower pain levels of migraines, MS and rheumatoid arthritis. Weed may reduce the swelling that goes along with rheumatoid arthritis so that sufferers can get a quality sleep. Also, a medical marijuana program can help to lower patients’ pain in cases such as HIV, alcoholism, and amputation.

People who get epileptic seizures can get some relaxation from weed. The neurological condition includes recurring seizures, which can be associated with serious injuries and even losing one’s life. Advocates of medical marijuana call for changes to state laws to use medical marijuana as a treatment option for epilepsy sufferers.

Cannabis users are typically skinnier than the general population, as per a recent study. The researchers also found that pot smokers not only weighed less than those who didn’t consume pot but also had healthier responses to sugar. While marijuana users typically consume more calories than non-pot smokers, they tend to have healthy reactions to sugar and higher metabolisms than those who don’t smoke the drug.

Weed can be a safer alternative to traditional PTSD treatment for soldiers who suffer from the condition. Why? Marijuana doesn’t have the heavy mental fog that often goes along with taking antidepressants prescribed for PTSD. For veterans, relief from their anxiety can be obtained by taking pot rather than taking pills that may put them at risk for addiction.

For a person with cancer, marijuana can be an important part of treatment. A chemical in pot inhibits the growth of cancer cells, thereby preventing the spread of the disease within the human body. The research appears to show that cannabidiol turns off a gene called Id-1 that cancer cells would otherwise duplicate to noncancerous cells.

Why I changed my mind on weed