Marijuana Decriminalization is a Goal of Black Lives Matter 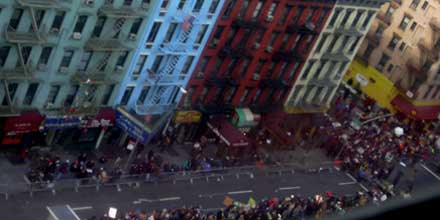 Activists are calling for the decriminalization of pot as part of the Black Lives Matter movement.

The movement aims to stop the police violence against African Americans. The actions of Black Lives Matter has led to calls for reports to how police officers and other law enforcement professionals interact with the communities that they are assigned to serve and protect on a daily basis.

The reforms are compiled into one new effort that is called Campaign Zero. Included within the campaign is a call for federal and state decriminalization of pot. Black Live Matters is backing a bill that is currently in front of Congress that is called the Respect State Marijuana Laws Act of 2015.

The bill, sponsored by California Republican Dana Rohrabacher, would change the Controlled Substances Act so that it's sanctions would not be applicable to anyone acting in line with the state weed laws.

This proposed law was introduced on April 22 of this year. The specific recommendation falls under the section on “Broken Windows” policing and it appears alongside an image of a pot leaf.

The Black Lives Matter activists who are pushing for the criminal justice reform include Samuel Sinyangwe, DeRay McKesson, Brittany Packnett, and Johnetta Elzie. They form the Campaign Zero team. The goal of the movement is to change the law so that fewer police encounters within the community result in deaths. Reducing police violence in the United States is the prominent goal.

The cannabis reform suggestions also include increasing the use of police body cameras and limiting the use of military-style equipment that local police officials use. Another recommendation is to remove the use of asset forfeiture against people who have not been convicted of criminal offenses.

Whether the proposed policy changes will be approved by federal authorities and become law is still to be seen.

Do you think marijuana decriminalization would help criminal justice? Let us know in the comments below.