California Closing in on Marijuana Legalization

Legalizing recreational pot may get a little easier in California now that The Golden State has the support of a billionaire Sean Parker. He recently donated a whopping $500,000 to support the weed legalization initiative there.

Closing in On Legalization 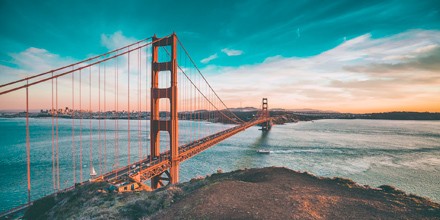 If Parker’s name sounds familiar, it is likely because you recall him as the co-founder of the music-sharing service Napster. He was also Facebook’s first president. His large pot-related donation went to a group called Californians to Control, Regulate, and Tax Adult Use of Marijuana While Protecting Children. Yes, it’s a long name.

The committee is one of many in California that are encouraging marijuana legalization there. To date, the group has over $1.25 million raised, with donations earned from Californians for Sensible Reform, in addition to Parker’s generous gift. The organization WeedMaps, which helps people find medical and recreational dispensaries close by, also provides significant funding.

If California’s initiative to legalize recreational marijuana is approved and signed into law, it would enable adults 21 years and older to buy, use, and possess up to one ounce of pot. The state would be able to charge 15 percent in sales tax, in addition to cultivation taxes that could be up to $9.25 per ounce.

However, even if the initiative passes, it would still not make the law statewide. Each municipality within California would still have the final say on whether to permit weed sales in its jurisdiction. The people of Alaska have had to abide by this same rule.

Regardless, California does appear to be inching closer to making marijuana legal for recreational use. The state’s attorney general approved continuing to move forward on the Adult Use of Marijuana Act. The next step is to get at least 365,880 petition signatures from the people of The Golden State in order for the initiative to qualify for November’s general election.

The Closing of the Marijuana Frontier