The move to legalize marijuana is heading north. Federal elections take place in Canada on October 19th, the reality may be close. It all depends on how the political situation plays out. 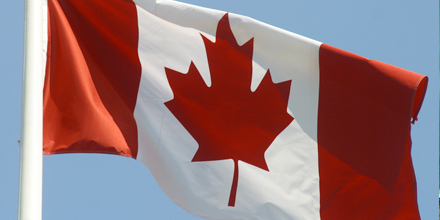 While Conservative leader Stephen Harper, who has been the Prime Minister since 2006, opposes marijuana legal reform, the Liberal leader Justin Trudeau is for it. Trudeau favors legalization of cannabis, having recently explained that the Canadian criminal justice system is filling up many offenders who have committed minor, non-violent offenses relating to drugs.

Trudeau calls for a new system of processing marijuana, from distribution to sales, with federal and provincial taxes on it as deemed appropriate.

As for the third-largest political party in Canada, the New Democratic Party (NDP), leader Thomas Mulcair supports the decriminalization of marijuana possession. However, unlike Trudeau, he does not support legalizing and taxing weed.

In terms of where Canadian voters stand on the issue of legalizing marijuana, 56 percent of them are in favor of it, as per Vote Compass findings gathered on September 22nd and 24th. Are voters for or against the decriminalization of weed? Vote Compass reports that 30 percent are for it, while 14 percent say it should stay a crime.

Of course, not everyone who participated in the Vote Compass opinion poll may have understood what “decriminalization” means. In fact, many people who said they supported decriminalization may have thought it was the same as legalization. If this train of thought is correct, then the Canadian public is receptive to legalizing marijuana.

If pot does become decriminalized or legalized in Canada, there will need to be a change in the supply of the drug included within any new policies. Otherwise, decriminalizing or legalizing marijuana without addressing the supply side would add fuel to the organized crime side of the drug. The outcome could be disastrous for Canada.