Cannabis Is Not Just A Medicine, It's History! 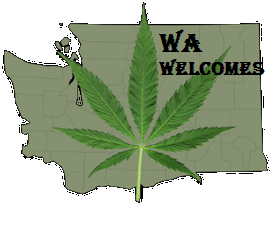 Guess what, the first people, who bought legal cannabis weren't typical stoners, but retired respected people. This proofs one more time, that cannabis can be used not just by teenage stoners, but by every single age group for a lot of good medical and health-related purposes.

Soon, George Vargas joined Deborah in line to the Cannabis City. Vargas, 64, is a retires postal worker from Dallas. He arrived to Seattle after spending a month in Denver and all he want is to compare Washington legal cannabis to Colorado ones.

The third person in line appeared to be 54 year old Rafael Dias, who said he uses cannabis to help his appetite.

So, as you see, the first three customers for the legal weed were the older crowd and not teenage stoners. That says a lot.