With the presidential campaign in full swing, the topic of marijuana is bound to come up. Here is what presidential nominees Hillary Clinton and Bernie Sanders have to say about pot as part of their platforms. 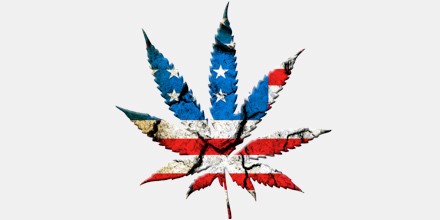 Bernie Sanders is in favor of decriminalizing marijuana. In an interview with Katie Couric last June, Sanders explained that he supported the vote in the state of Vermont to decriminalize the possession of small amounts of weed.

Sanders has also spoken out about the war on drugs waged by the U.S. He has publicly stated that this “war” has not been successful and that relaxing the pot laws could be beneficial if it lowers the large prison population. It would save tax dollars if this happened.

Recently, Sanders told students at George Mason University that the time is long overdue for removing the federal prohibition on marijuana. As for Clinton’s stance, it is not too strong.

As for Democratic presidential nominee Hillary Clinton, she is for marijuana legalization but has been criticized for not going far enough in her support. She focuses her public statement about pot on the use of medical marijuana, explaining that more research is needed to know exactly to help people with the therapeutic technique.

Clinton has explained that she would prefer for marijuana to be downgraded from a Schedule 1 drug to a Schedule 2 so that it would allow medical research to be done. This stance of Hillary Clinton was discussed in a recent MSNBC article. Schedule 1 is a deadly drug that is high risk, like cocaine and has a big potential for abuse.

If Sanders becomes president, it is clear that pot consumers would be in a better position than with President Hillary Clinton. Perhaps Clinton’s approach is ten years behind the times, as some people say, but at least, she has warmed up to the concept of medical marijuana if we look on the bright side.

Marijuana Legalization 2016: Where Do Hillary Clinton And Bernie Sanders Stand On Cannabis Use?