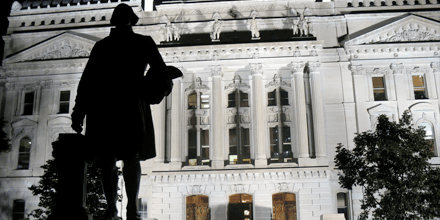 Washington DC joins other cities that have decriminalized marijuana, and it’s quite interesting to see how the political elements are shifting. Right in the nation’s presidential area, people can now purchase and use what was once a criminal element. The legalization of possession and recreational use has now been in place thanks to a new local DC law. The concept is simple, you can now “legally transfer” marijuana from one person to another, with some issues still needing explanation. What does that really mean, and what do the law makers really consider the law to be? Explaining it is simpler than you may think.

In some ways, the easiest way to understand the law is in regards to giving things away. Recently, magazine journalists have gone to the streets to understand this. One such option came from “High Times” in which less than an ounce of marijuana was given away, for free, in full legality of the new law. You can give it away, transferring it to another without cost. Recreational use, and possession is now legal, albeit not in public view. You cannot light up in front of the Whitehouse, but it’s still a big step forward.

The letter of the law allows for decriminalization. It allows people to pass it along to others, share it, and that is something new for Washington DC and other cities that are looking at this in a new light. While some cities are still under the “medical” marijuana jurisdiction, DC and others are taking a different approach. Allowing less than one ounce or in some instances more to be legally possessed, grown, and shared for anyone above 21 years of age. It’s legislation like that, that is getting a lot of other states and counties to rethink the marijuana laws that are in place.