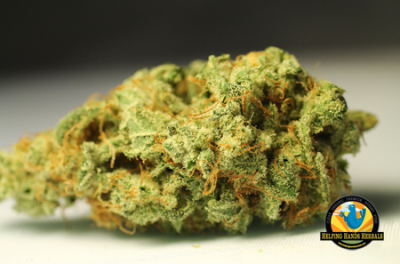 Gupta Kush, the New Organic Marijuana Strain, that was recently invented and named after CNN's chief medical expert, Sanjai Gupta, might disappear from the surface of this Earth as fast as it appeared here.

Earlier this month, Sanjai Gupta publicly announced that now he believes that Marijuana really has medical benefits, after what, Boulder (Colorado) Medical Marijuana Dispensary brought into this world a New Organic Marijuana Strain an named it Gupta Kush, after Dr. Sanjai Gupta.

However, within 24 hours of press release of the new strain, Boulder-Colorado Dispensary owner received a call from CNN representative, who demanded on stopping sail of Gupta Kush. Apparently, someone doesnt want Gupta's name  to be used.

Gupta Kush was invented to impart a relaxing calm without compromising clarity and to relieve tension and pain in a body.

Owner Jeff Kless believes that Gupta should be proud of himself for showing the support towards medical marijuana and admitting the medical marijuana benefits  and definitely deserves a strain named after him. Mr Kless thinks to leave the strain alone for a week to see what happens, maybe CNN will change it's mind and Gupta Kush will stay alive