A change to Florida Supreme Court’s schedule is good news for people in the Sunshine State. The court is abandoning its scheduled hearing on December 8th regarding the state’s medical marijuana initiative. Instead, the court will simply review the measure, checking the language to ensure it meets all regulations.

The news comes after Pam Bondi, who is Florida’s Attorney General, explained that she will not argue against the initiative. She made it clear that she has no plans to fight the 2016 medical marijuana initiative in an article in the Tampa Bay Times. As she said, “I have not filed a legal challenge to the current amendment.” 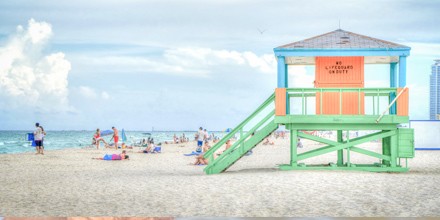 For supporters of the new, improved measure, her words are good news. While Bondi previously spoke out against the 2014 amendment, explaining that it would have allowed for unlimited situations for marijuana use, she is not arguing against the measure this time around. She had tried unsuccessfully to get that previous version of the bill tossed out by the Supreme Court of Florida.

The 2016 proposed medical marijuana initiative has the proposed ballot title “Use of Marijuana for Debilitating Medical Conditions” does closely resemble the previous amendment, but there are some modifications. For example, the new bill states that medical marijuana can only be given to those with debilitating medical conditions through the recommendation of a licensed doctor.

While Republican A.G. Bondi is still against legalizing medical marijuana, it appears she will remain silent on whether the Florida Supreme Court should block the latest form of the ballot initiative. Previously, Bondi led a movement in favor of a crackdown on pill mills and illegal usage of prescription drugs. This year Bondi appears to be bowing out of the fight against medical marijuana.

United for Care, also called People United for Medical Marijuana, is leading the campaign in support for the medical marijuana measure.