How Weed Could Help Treat Painkiller and Heroin Addiction

More and more people are claiming that switching to weed has helped them to kick their addiction to painkillers and that weed helps them control pain as a more affordable alternative to heroin. These statements are causing lawmakers to research whether legalizing marijuana might be helpful to make it accessible for treating painkiller and heroin addictions. It has also caught the attention of legalization advocates. Painkiller and heroin dependence is a crisis that is hitting many states in the U.S. 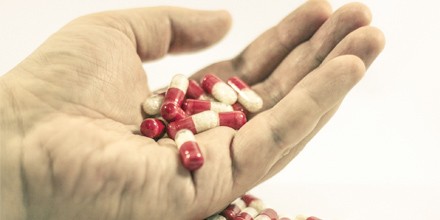 Recent research has revealed that switching to marijuana has reduced some people’s opioid use. Other research has shown that cannabis can effectively treat chronic pain, amongst other issues. Some states, such as Maine, are considering adding heroin addiction and opioid addiction to the list of ailments that marijuana is capable of treating.

However, there is little research as of yet as to whether marijuana helps deter people from taking opioids and other painkillers, like Oxycontin, and heroin. Many doctors won’t prescribe weed for these purposes due to the lack of evidence to support it.

A solution does need to be found though as a significant number of drug-related deaths happen across the nation every year. Perhaps marijuana can provide a solution. Again, more research must be done on the links.

One issue that does require attention in several states is the strict qualifying conditions for approval for treatment by marijuana. For example, many veterans suffering from post-traumatic stress disorder have not been approved for medical marijuana. If cannabis is a treatment option in more situations, extensive research must be done in order for laws to change to enable it.

By offering marijuana treatment instead of opioids or other painkillers in situations when people are in pain, the individuals could have the opportunity to wean themselves off drugs, including heroin. They may then be able to pursue happy lives, including getting jobs and other ways of being productive in society.

How Weed Could Help Treat Painkiller and Heroin Addiction Videos

How Marijuana Can Save Us From Painkiller & Heroin Addiction