Legal Cannabis Sale & Use in Illinois 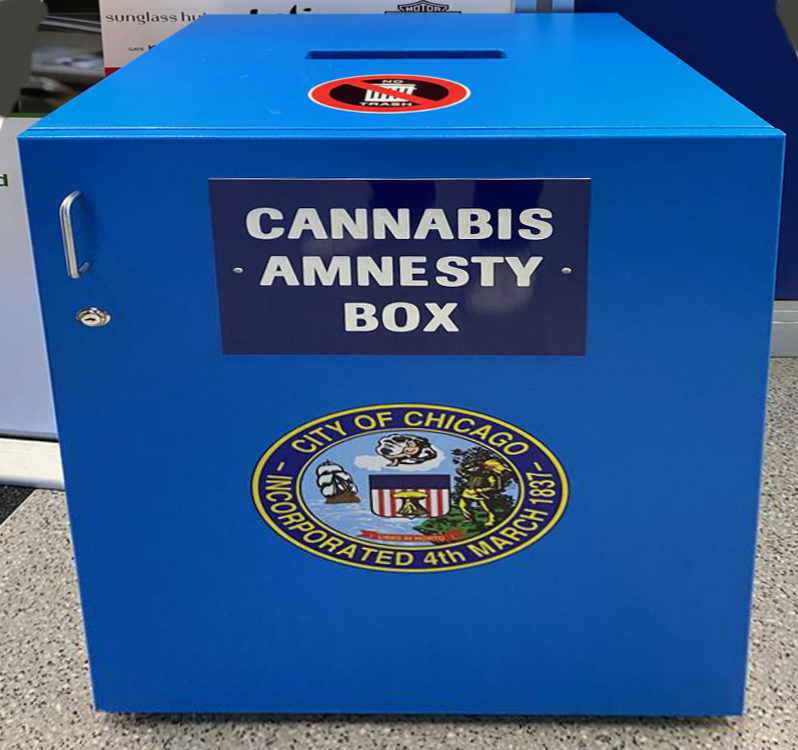 On May 31.2019, "Recreational Cannabis sale and use" bill has passed in Illinois State, after what, it was successfully signed by the governor on June 25, 2019.

Starting January 1st 2020, sale and use of cannabis became legal in the State of Illinois and anyone who is over 21 and are residents of the State can buy now up to 30 grams of cannabis or edibles with total no more than 500mg of THC. Non residents can purchase half of those amounts.

As it was reported, in the first 5 days of recreational cannabis sales, about $11 million dollars were generated around the state. Dozens of dispensaries were open around the State  including 10 in Chicago. On the 6th day of sales, some of the locations run out of the product for sale.

Chicago airports (o'Hare and Midway) are also keeping up with cannabis trend and placed "Amnesty Cannabis boxes" right after TSA checkpoints. Travelers can dump their cannabis/edibles in this boxes before getting on a plane, since it remains illegal to travel with it.