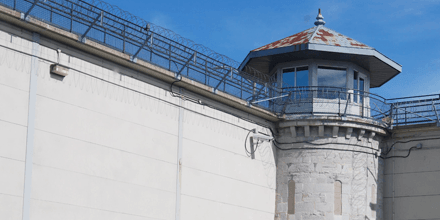 The Missouri Governor commuted a life sentence of Jeff Mizanskey, who was jailed for weed offenses.

It was mid-May and Missouri Gov. Jay Nixon (D) had a lot to say about the imprisoned 61-year-old man. The actions of Nixon make the prisoner now eligible for parole, which was not a release option previously available in his life sentence.

Mizanskey’s criminal sentence was for a charge stemming from his conviction back in the mid-1990s for a charge out of Pettis County that was for possessing a controlled substance with intent to deliver or distribute. Given Mizanskey’s previous drug-related offenses, he had been sentenced under the three strikes law in Missouri to a lifetime in jail.

The commutation by the governor of Mizanskey was also accompanied by the pardoning of five other offenders. All of them had been convicted of non-violent crimes.

As Gov. Nixon explained, his actions were taken to give Mizanskey the opportunity to show that he deserves parole. His life sentence was for trying to sell approximately six pounds of pot; he was caught in a police sting in 1993. All three of his previous offenses were in relation to weed.

While few governors use their clemency powers, Gov. Nixon has used his for Mizanskey. The parole hearing for this particular offender is likely to be this summer, as per a recent Huffington Post article. That timeline was determined when Huffington Post spoke with the communications director for Missouri’s Department of Corrections.

Clemency for Mizanskey was the subject of a recent Change.org petition. Support was huge as the total signatures came to an impressive number at 391,254.

What do you think of Gov. Nixon’s actions to grant Jeff Mizanskey parole? Is a life sentence for weed a travesty or does it make sense under the three strikes law? Let us know in the comments below.