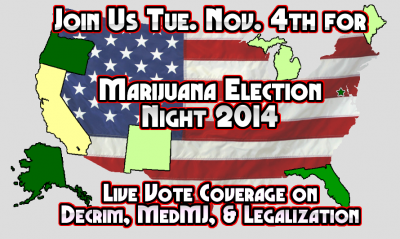 live coverage on all the votes starts November 4th, 2014 at 3pm Pacific time until the Alaska poll close. Don't miss on opportunity to know all about marijuana reforms. Stay tuned on 420Radio.Org