Many states are wondering whether to legalize marijuana to provide relief for people suffering from post-traumatic stress disorder or PTSD. Veterans are a key group with PTSD. 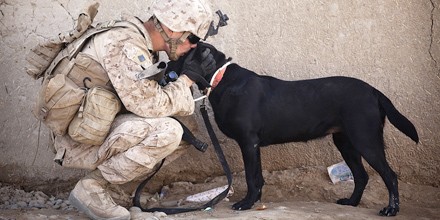 While pot is still illegal in many U.S. states, many veterans are supporting the move to use it to treat PTSD. But, it is still not approved by the Department of Veterans Affairs because there are no major studies showing its effectiveness at combatting the mental disorder. Much of the research in this area is inconclusive, to date.

But, for veterans, there needs to be an alternative to the pill popping that some of them do to numb their feelings so they won’t be traumatized by events they have experienced. Cannabis may be helpful for improving their communication skills with others and alleviating anxiety.

On the other side of the argument, the Department of Veterans Affairs cites dependency risks of taking marijuana to help manage PTSD. This dependence may impede healthy recovery from traumatic experiences during wartime.

As for the research, more conclusive evidence is needed before marijuana treatment for PTSD will be backed by Veterans Affairs. As for federal law, it requires randomized, controlled trials to prove pot’s effectiveness before VA doctors can recommend it to patients.

There are some states so far though that have listed PTSD as one of the ailments for which medical marijuana can be prescribed. The first state to do so was New Mexico in 2009. There are now ten states in total with this measure in place.

Hopefully, within the next five years, there will be more scientific evidence to substantiate the link between marijuana and PTSD. Of course, pot dependency and veterans are subjects of research that need to be done too as there may be a destructive cycle between them. Also, therapy needs to be incorporated into a comprehensive treatment plan for veterans.

Veterans are using pot to ease PTSD, despite scant research

Marijuana Use and PTSD among Veterans