Marijuana is Now Legal in Oregon

Oregon Legalizes Recreational Use of Marijuana 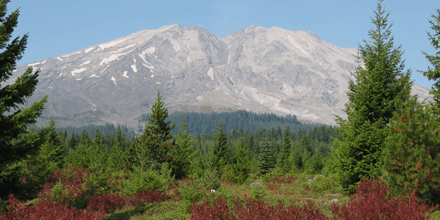 Oregon joins the handful places in the United States where recreational marijuana use is completely legal. This came as a result of a statewide vote on the issue, where it passed with 56% of the vote. The new law came into effect as of July 1, 2015, which allows residents to have 8 ounces of marijuana in their home and up to an ounce of marijuana on their person. The law also allows up to four marijuana plants per household as long as they are planted out of public view. The law in Oregon is more comprehensive than those in other states as it also includes protection for possession of edibles, extracts and tinctures.

NORML activists are pleased to have had such a big breakthrough for marijuana users, but they feel that there is still some discrimination they must overcome such as being dismissed from the workplace or being deemed unfit parents. According to the Portland Norml Executive Director Russ Bellville, the group “will not stop until we have the same rights as beer drinkers and cigar smokers.” While marijuana is seeing more acceptance from the public at large, marijuana users wish for equality with other traditional recreational substances.

Another unique development of this law is that Oregon governor Kate Brown passed a law that retroactively changes felony charges for marijuana possession into a misdemeanor, reducing the prison sentences on some 78,000 cases throughout the state. This will also allow some people who have been picked up for marijuana possession in the past to have their record wiped clean of those charges. So far Oregon has been more progressive in the legislation permitting marijuana than any of the other states that have approved recreational use.

As more and more states begin to legalize marijuana and studies come out to show that marijuana does provide some health benefits, the debate of marijuana legalization will come to the forefront, right in time for the 2016 presidential election. Many of the candidates have already stated their position on the issue, with their views spanning a large spectrum. As marijuana legalization becomes a reality in the individual states, the pressure for a country wide measure proposed by a President increases, meaning many voters will be considering a candidate based on their stance of this important issue. Hopefully some of the candidates speak equality of marijuana use nationwide so that those who need it for medicinal needs or just wish to use it recreationally can.