A bill that supports the use of marijuana oil for medical treatments has won the approval of the Virginia Senate and is now heading to the next phase in making it law, potentially. The next step is for the bill to reach Gov. Terry McAuliffe’s desk.

Importance of the Marijuana Oil Bill 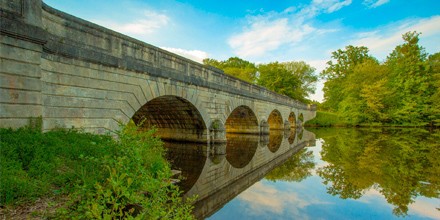 The bill is important because it signals an opening of ways to therapeutically use pot as a treatment, specifically for kids with severe epilepsy. The oil process provides a way to reap the health-related properties of marijuana without getting any of its intoxicating effects.

Certain properties of marijuana have been found to be helpful in preventing seizures, and these properties can stay intact during the process of making marijuana oil.

When the bill passed through the Senate recently, families of children suffering from epilepsy began to cry, reportedly. The final approval from the governor is still pending. For parents who have had issues previously with giving their children marijuana oil, having the support of the Virginia Senate likely means a lot.

Previously these parents have risks breaking the law to get the therapeutic oils and have traveled to Colorado to get them from legal dispensaries there.

This bill was passed about a year ago by the General Assembly. Its goal was to protect parents from legal repercussions for possession. Today Virginia lawmakers are heading toward having medical pot dispensaries in Virginia.

The bill includes discussion of a regulatory review to examine the potential of creating medical marijuana facilities that would focus on producing oil for people epilepsy. It would only be for epileptic patients registered with the Board of Pharmacy in Virginia.

Under the bill, parents would be protected from criminal sanctions if they possess cannabidiol oil (CBD oil) or THC-A oil. The path to producing medical marijuana oil to treat epilepsy in Virginia is growing in momentum.