Many people equate marijuana smoke and tobacco smoke as both being equally bad for you. But, what does research have to say on the matter? Is this assumption true? 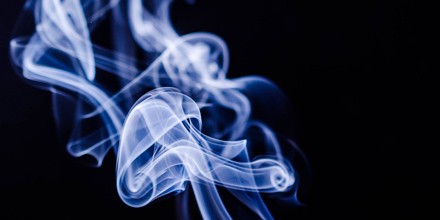 Not according to studies done. Researchers have failed to link cannabis smoke exposure with increased risks of smoking-related cancers, including the neck and lungs.

The biggest case-controlled study so far examining the respiratory effects of pot smoking found no positive association between pot use and lung cancer. In fact, Dr. Donald Tashkin, a pulmonologist at UCLA’s David Geffen School of Medicine, even went so far as to say that the study had “a suggestion of some protective effect.”

In 2015, a study done at Atlanta-based Emory University examined the long-term effects of inhaling cannabis smoke. The researchers did not find harmful pulmonary effects of the inhalation; neither FCV (forced vital capacity) nor FEV (forced expiratory volume) were found. The large sample included Americans between ages 18 and 59.

As the investigators explained, “the pattern of marijuana’s effects seems to be distinctly different when compared to that of tobacco use.” The subjects had inhaled one marijuana cigarette every day over a 20-year period yet did not have an FEV1 decline or significant change in spiromatic values of small airways disease.

Meanwhile, cigarette smoke is known as being a major contributor to developing Chronic Obstructive Pulmonary Disease (COPD), which is a lung disease that obstructs airflow from the lungs. Exposure to marijuana smoke, on the other hand, does not appear to increase the odds of developing COPD or airway cancers.

Thus, the argument that smoking pot is to be abstained from because it is as bad as smoking tobacco seems to be incorrect. It is clearly not the same, according to the scientific evidence shown here. Instead, it is simply a matter of opinion.

Cannabis and tobacco smoke are not equally carcinogenic