Mass Smoke Session in Front of the White House

Support for legalizing marijuana was evident earlier last month when hundreds of people held a demonstration in front of the White House in Washington, D.C. The massive protest involved getting high and standing up for a good cause.

Smoking Out the White House 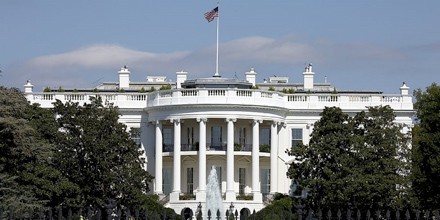 The object of the demonstration was to encourage the federal government to rethink its regulation of cannabis as a Schedule I drug on the Controlled Substances Act, which is the most serious category of illegal drugs.

A marijuana group based in D.C. called DCMJ led the protest and members of the group were easy to spot with their red Phrygian caps. If cannabis were removed from class or Schedule I, it would no longer be grouped in the same category as more serious drugs like LSD and heroin. The current classification allows for serious penalties to be associated with cannabis.

The smoky demonstration began at 4:20 pm Eastern time because of the significance of “420” with pot. At this exact time, the protestors lit their joins, pulled out vaporizers, and fired their bowls up simultaneously. Also, a 51-foot plastic blown-up joint was blown up that said “Obama, deschedule cannabis now” on its side; it was smuggled in and lit up in the park.

While smoking in public is illegal on federal land, including Lafayette Square Park, the public marijuana demonstration occurred anyway. It was part of sending the message about lessening the categorization of weed by law.

It does not appear though that any arrests were made and, for the most part, D.C. police turned a blind eye to the protest. A few citations were reportedly given out to people. In the march that happened on K Street NW after the protest, several cops on motorcycles escorted the people.

While Obama has the power to remove cannabis from Schedule I without needing approval from Congress, it remains to be seen whether he will do so before he steps down from his presidency.

Mass Smoke Session in Front of the White House Videos