Medical marijuana is generating a significant amount for Michigan in particular. Recently, an economist estimated that pot for medical use could generate up to $63 million a year for the state if Michigan Legislature regulates the substance as per currently proposed bills. 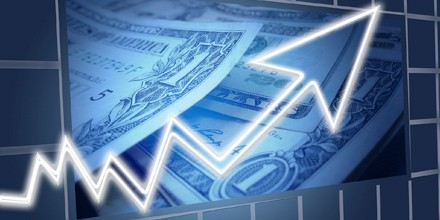 The economist, Dr. Gary Wolfram, explains that medical marijuana can generate not only a lot of revenue but also many jobs. Wolfram is a professor at Hillsdale College. His statements come from a report he was commissioned to do by the Michigan Cannabis Development Association.

As per Wolfram’s report, the revenues for Michigan could be between $44.3 million and $63.5 million per year. As for regulating the pot used for medical reasons, it could result in 10,000 new jobs. These numbers have been computed based on the number of registered patients who are legally eligible to buy medical marijuana.

The calculations also are based on the passing of three proposed bills that are currently sitting before the Michigan Legislature; they are House Bills 4209, 4210, and 4827. If these bills pass, the number of patients will increase from what it is currently, provided the state’s medical marijuana system remains responsible and transparent.

House Bill 4209 would create a system that ensures medical marijuana dispensaries abide by guidelines and will tax them too. Bill 4210 would allow marijuana edibles and other forms of pot that are not smokable, as well as regulate them. The definition of “usable marijuana” will finally be clarified.

As for HB 4827, if passed then “seed to sale” tracking system will launch for pot plants and processed items. Every plant used would be tracked by regulators and given out to legal pot shops.

The regulations, if approved, would hopefully reduce the demand for illegal drugs. It would also help patients feel safer about where their marijuana is coming from.

Legal Marijuana Is The Fastest-Growing Industry In The U.S.: Report

Which States Are Benefiting From Medical Marijuana -- And Who Is Missing Out?