Medical Marijuana In Florida: To Be or Not To Be 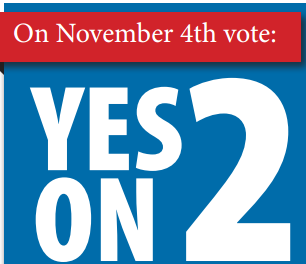 After a strong year of campaigns for legalization, medical marijuana in Florida still might be in danger.  At the end of 2013, the survey showed that 82 percent of Floridians favored a legal medical marijuana program; However, with the support of the out-of-state funds, "against initiative" campaigns are changing Florida residents opinions.

In January 2014,  only 62 percent were ready to say "yes" to legalization, in fall 2014 it dropped to 56 percent and the newest poll shows only 48 percent are ready for legalization. As a reminder, Amendment 2 needs 60 percent to pass.

Last week, October 22-27, United For Care authorized Washington based group "Anzalone Liszt Grove" to conduct the survey on Amendment 2. The survey showed that 62 percent likely to vote for legalization with a 3.4 percent margin of error.

According to Amendment 2, individuals with debilitating diseases, determined by a licensed Florida physician, will be allowed the medical use of marijuana. Caregivers will be allowed to assist patients' medical use of marijuana. The Department of Health will register and regulate centers that produce and distribute marijuanan for medical purposes and will be issuing identification cards to patients and caregivers.