Interestingly, the rate of opioid overdose deaths has declined significantly in the U.S. states that have passed U.S. laws legalizing marijuana for medical use in the states. So far, 24 states and D.C. have passed medical marijuana laws. Illinois recently launched its medical cannabis program. 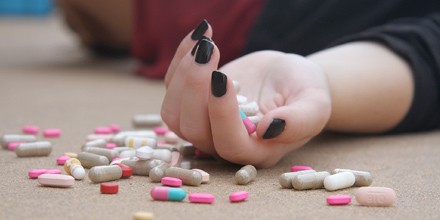 The decline by 25 percent of opioid overdose deaths in states that have legalized medical marijuana, in comparison to states that still ban the substance, is a staggering number. Reading the study that found this decline might lead one to question whether medical marijuana is a safer option for managing chronic pain than opioid use. It could lower the harms done from opioid-based medications. Research still needs to be done in this area to determine if the link is causal or not.

Also, it is not accurate to use the study linked above as evidence to support the use of marijuana to treat opioid addiction. While evidence on cannabis, in general, is scarce, the little that does exist seems to point to the opposite scenario. Ceasing to use weed use may even encourage the recovery process of a person with an opioid use disorder.

Another point is that the impact of legalizing marijuana for recreational use has an unknown effect on the recreational use of opioids. Changing the laws could have a positive or negative effect. What we are aware of though is that marijuana has shown relief to individuals dealing with chronic pain regardless of previous opioid use.

Opioids and heroin are the primary drugs taken for the relief of chronic pain, in spite of their potentially dangerous side effects. Every day people die of overdoses from prescription drugs; the CDC estimates the number of deaths per day is 44. Meanwhile, marijuana can lower pain levels, without the possibility of overdose and has low toxicity levels.