Michigan May Legalize Cannabis for Recreational Use

Could Michigan be Next To Legalize Recreational Pot? 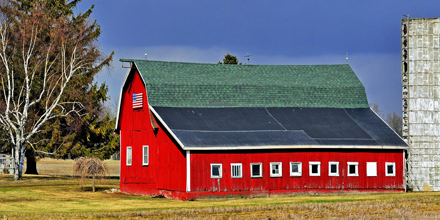 It appears that Michigan may become the next place to legalize cannabis for recreational use. Are you surprised?

While the state of Michigan has not yet taken this step, there is a bill that may be introduced in favor of it. Currently, the state has only legalized medical marijuana.

So, Michigan may follow in the footsteps of Washington and Colorado in terms of it being legal to buy and use cannabis for recreational purposes. The bill may mirror that of Colorado but would, of course, apply to the Great Lakes state.

The marijuana legalization bill is currently being penned by Jeff Irwin, who is a Michigan State Representative and Democrat. Irwin was at the 44th Annual Hash Bash held in early April in Ann Arbor, where he spoke about the benefits of cannabis.

Also speaking about the benefits at the Hash Bash, were a young woman and a veteran. The woman, named Alyssa Erwin, was cured twice of cancer by the age of 18; she was first diagnosed with brain cancer when she was only 14. For her, it was cannabis oil that she says saved her life. A second testimony was by veteran Dakota Serna, who has regularly taken cannabis to deal with the devastating effects of PTSD caused by war.

After Irwin finishes writing the bill, he will then submit it to state legislatures. The process of passing the bill involves many steps and is likely to take a substantial amount of time. There are already politicians supporting the bill publically, including Virg Bernero, the mayor of Lansing, MI.

Do you think that legalizing cannabis for recreational use in Michigan is going to happen or will the relevant legislative systems reject the bill? Why or why not? Let us know in the comments below.