For people in New Orleans, getting caught with pot may soon entail much softer penalties, similar to a speeding ticket. 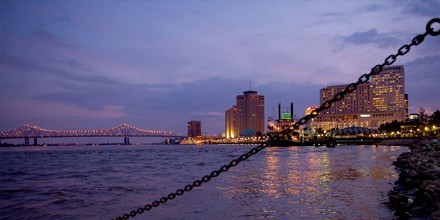 The reason is an ordinance that District A Councilwoman Susan Guidry is proposing as a change to the municipal law. The ordinance would give the police officers in New Orleans additional discretionary powers than they currently have by law in regards to whether or not to arrest marijuana users or instead give them a court summons.

If the proposed change becomes law, the police could simply give a verbal warning to a first-time offender. The lowest sanction for a second-time offender is a written warning while a third-time offender could get a $50 fine. After that, the fine would raise to $100.

For Guidy and supporters of this suggested legal change, it would enable the police to decide whether a situation warrants putting a young person behind bars and having a criminal record that could potentially cause this person to lose his or her job, hinder a future career or have other negative life results.

It would also help unclog jail cells in the U.S. that are full of offenders of minor offenses such as possession of a small amount of marijuana. Instead, the American court system could focus on more serious acts, such as rape and murder, both in the arrest and prosecution stages. Police would be freed up, and the criminal just system would save money too, in theory.

One concern is about Guidry’s proposal is that the New Orleans PD may begin to issue fines without due process, so the court system needs to have involvement in keeping tabs on enforcement and monitoring treatment.