Ohio to Vote on Pot Legalization 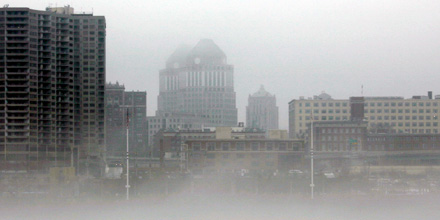 November 3rd will be a big day in Ohio. Mark your calendar. Ohio may just become the fourth state to legalize marijuana for recreational consumption by adults over 21. The proposal comes from ResponsibleOhio.

The Buckeye State will have the option on November 3rd to opt-in, which is the common sense approach, of course. They would follow in the intelligent footsteps of Washington, Oregon, Colorado and Alaska.

The ResponsibleOhio initiative was explained earlier this month by Jon Husted, Ohio’s Secretary of State. As per Husted, the state has already received over 320,000 signatures from registered Ohio voters in favor of legalizing marijuana. This high number qualifies the movement for a general election ballot this year.

If the initiative does get signed into law, it will legalize adults to carry legally up to one ounce of pot, for personal or medical use. Medical use would require that a person has a doctor’s note.

The passage of the bill would require that an Ohio Marijuana Control Commission be put into creation to regulate the cultivation of the pot. This commission would also manage retail sales, chemical content of the pot products and taxation details. Also, pot shops would open across Ohio, which would be run by the state and supplied by state-authorized cultivation centers.

Job creation would be an amazing benefit for the law too. About 35,000 new jobs would be created in the process. The jobs would primarily relate to retail sales in the 1,150 anticipatory retail shops, with other positions created at medical dispensaries, processing work and for cultivation.

ResponsibleOhio is already working on another initiative. This one would be to put into place a measure to expunge from one’s criminal record his or her previous weed convictions. The theory is that these crimes would be made null by pot becoming legalized in Ohio.

Stay tuned for what will happen on November 3rd in Ohio! It will require voter approval to be passed. Over the next few years, several more US states may join the legalization of marijuana movement. Let us know your thoughts in the comments below.