Origin of Pass it to the Left

Why Pass it to the Left? 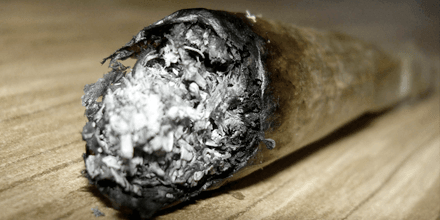 In terms of marijuana smoking etiquette, when a group is in a circle it is proper to pass the joint to the left. But, where did this rule come from and why to the left?

One reason to pass it to the left is to avoid the confusion. If each person does this every time, then it becomes routine. That limits the time spent wondering who to pass the joint to next. When your group keeps this pattern, then everyone is equal, and there is no favoritism involved with who you pass it to next. Nobody gets left out either.

Music by the Mighty Diamonds

The origins of passing to the left can be found in the song “Pass the Kutchie” by the Jamaican trio called Mighty Diamonds. In the chorus of the 1981 song is the line, “Pass the kutchie pon the lef’ hand side.”

This song became more popular when it was later covered in 1982 by the group Musical Youth. The band changed some of the words to avoid public criticism if children in the video found out about marijuana. For example, they changed that line in the previous paragraph to “Pass the dutchie pon the lef’ hand side.” Although the version was censored, it still illustrates the rule to pass left.

Over recent years, many musicians have also referenced the “pass it to the left” rule for joints. The rap pairing called Luniz, released in the 1995 album Operation Stackola, included the single “I Got 5 on It,” which referenced the concept of passing to the left. In particular note the line “Pass the doobie to the left biddy bum bum boom.”

Therefore, while Luniz and Musical Youth have kept the left rule current, its origins do belong to the Mighty Diamonds with their song “Pass the Kutchie.”