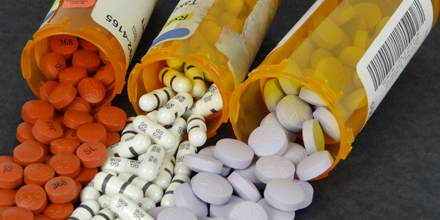 The approval of medical marijuana in several US states is not so bad after all, it appears, given the findings of a recent research study. The number of opioid-related deaths has declined in states with legal marijuana (for medical use). The reduction is significant too.

This research finding came most recently from a study led by the RAND Corporation. A research team at UC Irvine looked at how medical-marijuana laws affect painkiller issues, namely being addiction and death.

The findings led the researchers to conclude that medical weed has the potential to reduce the abuse of opioids, which are very addictive. The study was done by figuring out each state’s treatment admissions that were related to pain killers and then examining their related deaths for that class of drugs across the state. Opioid pain relievers are well known for being not only addictive but leading to death due to overdoses of them.

This is not the first study to have come to such conclusions. In 2014, the Journal of the American Medical Association (JAMA) noted that legal marijuana states experienced a decline in opioid-related deaths, with an average lower mean of 24.8 percent. Given that there has been a rise of opioid-related overdose deaths in the US, this was a very timely study at the time. It still is highly relevant.

The latest UC Irvine study shows that medical marijuana laws are linked with a lower death rate for opioid-related issues. The studies explained here upset some peoples’ opinions that marijuana legalization is all bad and should never be done.

The finding is support for cannabis as a viable alternative to prescription painkillers when people are in pain. Marijuana has the potential benefit to reducing the abuse of extremely addictive opioids. The UC Irvine study’s findings were published online in July of 2015.