The decriminalization of marijuana is reaching new pinnacles in Pittsburgh, Pennsylvania. Last month, the Pittsburgh City Council decriminalized the possession of fewer than 30 grams of pot.

News Laws in Pittsburgh Regarding Marijuana 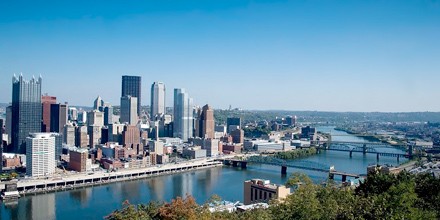 The 2015 legislative session ended on a “high” note with this decision. It might have been a vote that was prompted by the holiday spirit or by plans to save money. The original bill was sponsored by Councilman Daniel Lavelle.

The city council also approved the decriminalization of small amounts of hashish (up to eight grams, to be exact) with their vote. The 7-2 vote in favor of legalization made sense to supporters, who explained that the vote of approval would help protect young peoples’ futures.

Instead of being arrested or jailed for possessing slight amounts of marijuana or hash in Pittsburg, the modified law will instead issue small fines for minors caught carrying under 30 grams of weed or up to eight grams of hash. The fine will be up to a maximum of $100, with the minimum at $25.

Also, the parents or guardians of the offending youth will be notified of the offense. This adult will have to pay the fine.

Supporters of the law as it now stands explain that it will lower the number of lives destroyed by the harsh consequences of a criminal record consisting of a minor marijuana offense. Such consequences include unemployment and absence of education.

As well, the youth can stay out of an already saturated criminal justice system and eases up the workload for court officials when they are given a civil fine rather than a criminal sanction like jail. However, the police can still make a custodial arrest if under the belief that a criminal offense rather than solely possession of a small amount of weed was or is committed.

No statewide decriminalization bill has (yet) been introduced into the legislature.