It is really surprising but the fact is that FBI is struggling to hire hackers to fight cyber-crime because of marijuana. How is marijuana preventing FBI from hiring cyber experts? It is because the federal agency is finding it difficult to recruit people who have not used marijuana in the last three years. At present, it is the policy of the FBI to not consider anyone for recruitment to this deferral agency if they have used marijuana in one form or the other in the last three years. In a conference held in NY, FBI Director James Comey it was revealed that the agency is experiencing difficulty in hiring cyber experts. 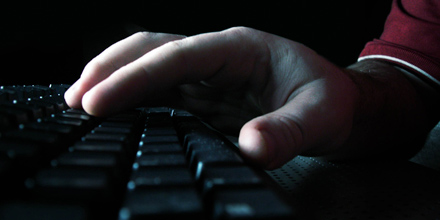 Comey said that it is the desire of the FBI to hire the best available talent in the country to fight cyber-crimes. But the problem is that many of the great hackers happen to be kids who have used cannabis at least once or several times in the last three years. This has prompted the agency to review it’s policy of not hiring people who have used cannabis. It is an ethical issue that the agency is grappling with at the moment.

When one of the attendees at the conference asked Comey what someone who used marijuana and desires working for the agency should do, he said that the individual should go ahead and apply. However, when Comey was asked the same question at a committee hearing of the senate, he said that he was only trying to be philosophical and funny when suggesting that people having used marijuana should apply for a post in FBI. In fact, he is very much against the use of marijuana among young men and women of the country. He never said that he is in favor of allowing people using marijuana to apply for a post with the FBI. He said that it is this habit of consuming cannabis that is creating problems of hiring great quality hackers to fight cyber crime.

What this episode reveals is the widespread use of cannabis by the youth of the country, especially those who are experts in hacking. Marijuana is coming in the way of the agency hiring the best available hackers in the country. Comey may have backtracked under pressure from the adopted policy of prohibiting marijuana users, but the manner in which states are legalizing weed, the day is not far off when FBI will have to change its policy.