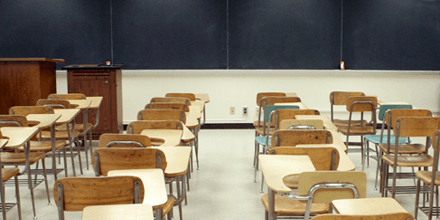 Public schools in Colorado will be receiving a significant amount of money generated by legal marijuana. The funds have been accumulating since Jan. 1, 2014, when pot was first legalized in the state.

Over $15 million tax dollars ($15.6 million to be exact) will be put toward the Building Excellent Schools Today (BEST) grant program, as confirmed recently by Colorado’s Department of Education. Additional money for BEST will come from lotto-related interest and excess proceeds.

The BEST fund hands out it's funds on an annual basis. For the 2014-2015 fiscal year, it has accumulated around $108 million dollars, of which the above-mentioned pot revenue is part. The expectation is for the money to be put toward Colorado schools in July or August of this year, which is the end of the BEST fiscal year.

The money going toward the state’s education system used to go into the black market, before marijuana was legalized there. The tax revenue is helping public schools. While that is not the main reason for pot legalization in Colorado, it is a benefit.

Indeed, the BEST program might not have received sufficient funding if not for the tax dollars received. The pot money is a help to the BEST program, but it is not solely reliant on those proceeds. That being said, it is interesting that pot will be used to help kids rather than hurt them.

This is the first year that pot revenue from legal marijuana shops will be dispersed in the form of grants. It will go toward public schools and districts in need of funds. It will aid in school construction and upgrades to deteriorating structures. The funds can be used by public school districts, coop educational service boards, charter schools and the Colorado School for the Deaf and the Blind.