Where Do 2016 Presidential Candidates Stand on Weed 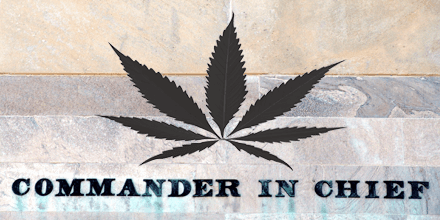 As 2016 approaches, the race for president seems to be gathering more and more candidates. One issue that has gained much popularity among the electorate and that presidential candidates will have to address is the use of cannabis in the United States. Now that a few states have legalized the substance for recreational use, there is a growing movement to decriminalize marijuana as a nation. The different candidates realize this is an issue that must be addressed and have decided to take a number of different stances on the issue.

Republican candidate Carly Fiorina supports the decriminalization of marijuana, believing that this practice is counterproductive to getting people off of drugs. She also supports state’s rights on usage. She has stated that she thinks medicinal marijuana ought to be regulated like other forms of medication.

A few of the presidential candidates for 2016 support decriminalizing marijuana for medical use on a national level. Democrat Hilary Clinton, Democrat Lincoln Chafee, Republican Ben Carson, Republican Rand Paul and Independent Bernie Sanders have all made comments on the beneficial nature that medicinal marijuana can have.

All seem to be in favor of a controlled approach to the legalization and use of medicinal marijuana for those that have great need for it. While supporting the benefits of medicinal marijuana however, these candidates as well as many others have raised concerns about what effects of national legalization of marijuana would have on the country’s health as well as the crime rate. Some, such as Hilary Clinton, expressed concerns about the drug cartels becoming a bigger threat if marijuana was to become legalized.

A couple of the presidential candidates support the rights of a state to decide for itself whether to legalize marijuana usage. At the moment Republicans Carly Fiorina and Rick Perry have expressed full support of a state’s right to vote on how marijuana is used and classified within it’s borders.

Republicans Ted Cruz, George Pataki and Rand Paul have said that they are for the state’s right to decide, after the federal law has been changed. These candidates believe the first order of business is to reform or repeal the law that classifies marijuana as an illegal drug throughout the country.

Republican candidates Mike Huckabee and Marco Rubio have both stated that they are against the legalization and decriminalization of marijuana. They claim that legalization could be a dangerous move for the country and will promote more drug use.

Most of the candidates were asked by the media about their thoughts on the legal recreational use of marijuana in Colorado and Washington. Many had a wait and see mentality, saying that it is too early to tell whether the laws adopted by the two states are beneficial on a national level. While the debate about legalizing marijuana may still go on for decades to come, it is certain that this issue will be one mentioned in the presidential election and can no longer be ignored by the mainstream.