Price of Weed Not So High in Washington State

Legal marijuana is getting cheaper, especially in Washington State. Yes, people are getting high on low-priced weed. 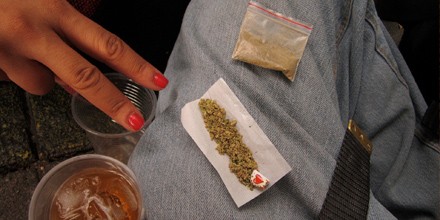 According to the Washington Post, the price of legal pot in March 2016 was $9.32 per gram in Washington. This statistic comes from the state Liquor and Cannabis Board. As for what the weed cost at a wholesale level, it was $2.99 per gram.

Compare this pricing to mid-2014. Back in September of 2014, weed was $25 per gram, according to KUOW News. By comparing the two-year numbers, we can see that pot pricing is down dramatically.

Cannabis connoisseurs in Washington State will likely remember that the prices rose soon after marijuana was made legal in the state. The initially high pricing was due to a lot of demand and little supply. Slowly, since that time, the prices have been dropping.

The price could continue to fall such that the pot is almost being given away for free. After all, it is a plant that more and more people are cultivating. Of course, there always will be the specialty crops that sell for high prices to people who are willing to pay it, but the generic, no-frills varieties are going for cheap these days.

The same situation has been happening in Colorado, where marijuana has also been legalized. The implications of the falling prices have good and bad implications for the states of Washington and Colorado. Cheap pot could encourage many people to stop using the black market, and that would mean fewer illegal activities in the drug trade and fewer costs for law enforcement.

Despite the falling prices, new pot shops continue to appear across Washington State. While it may still be a novelty for some of these new business owners, for others its likely because it is now easier to open the shop doors than before. Many more financial institutions, such as banks, are agreeing to do business with weed shops than back in 2014.