The Drug Enforcement Administration is discussing rescheduling cannabis, as you may already know. But if the substance is rescheduled from Schedule I to Schedule II, what exactly will happen? The predictions vary, but there appear to be pros and cons of rescheduling pot if it does happen. 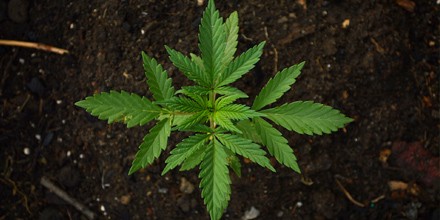 By rescheduling cannabis, it will be easier for researchers to investigate the plant without all of the current limitations on it. In other words, rescheduling would be in the interests of good science. Other Schedule II drugs are morphine and oxycodone.

Also, reclassifying weed may help improve physicians’ relationships with patients. Doctors will be able to prescribe cannabis legally to patients. Currently, even in states where medical marijuana is legal, cannabis still has a Schedule I status, meaning it technically is of no medical value. That is why doctors in those states only suggest, rather than recommend, cannabis for medical use.

Of course, these are potential drawbacks and not certainties. But one common drawback being noted is that there will be conflicts between federal and state governments. Instead, a better route may to alter (and modernize) the scheduling system that currently exists, perhaps de-scheduling the drug rather than rescheduling it. A system based on science would likely be beneficial.

A huge disadvantage that may happen is that declassification will significantly change the regulations for legal marijuana. It might add expensive steps and take more time to complete the process of selling weed. Cannabis companies who have to gain FDA approval may need to spend years to reach this goal and spend about $1 billion per product. The result could be that many pot businesses fold as they cannot afford the hefty price tag.

What do you think will happen if the DEA decides to reschedule cannabis?

SHOULD MARIJUANA BE RESCHEDULED?

What happens if the DEA reschedules marijuana to Schedule II?