Gary Johnson, the former New Mexican Governor (1995-2003) and current presidential hopeful, is making quite the prediction about how President Obama will change marijuana’s classification. Johnson recently explained he thinks that the government will soon remove pot from the “Schedule I” narcotics list for harmful, addictive substances. 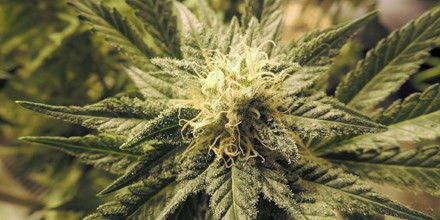 Johnson recently made this prediction to The Washington Times. He explained his thoughts that Obama will deschedule marijuana (cannabis and THC) as a Schedule I narcotic before leaving office as a way to mark his exit.

Other drugs currently on the Schedule or Class I list are heroin, GHB, and LSD. For drugs to be placed on this list, they must have a high probability of abuse and no accepted medical use.

Also bringing up the declassification of marijuana recently is Hilary Clinton, who is a presidential candidate with a strong following. She has suggested a reclassification of pot as Schedule II. The drugs on this second list may lead to dependence but have accepted U.S. medical use. An example is oxycodone.

Not only is Gary Johnson saying he predicts Obama will reclassify marijuana, but he is also voicing his personal stance on the matter. He has said he would like better for the President to remove pot completely from the controlled substances list altogether. Then states could legalize marijuana and regulate it as per voter’s wishes.

Johnson’s campaign though has pointed out that it is more likely that the Schedule II reclassification will happen rather than removal from the list entirely. Either step, as per the campaign, is heading in the right direction.

As for who does the declassification of drugs, it is a process for Congress to tackle. There are certain laws that dictate the lists. It is difficult to predict what Obama will do at his end of term as President, but it will be interesting to see if any marijuana reform does happen shortly.