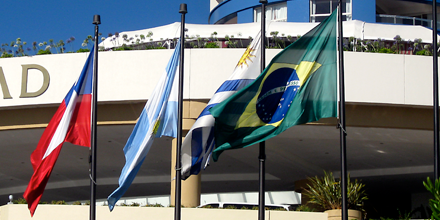 Global drug policies are coming under close examination by the United Nations. The review will be the latest in almost 20 years.

Not since 2008 has a UN General Assembly Special Session (UGASS) been called for the topic of drug policy. The next one is slated for April of 2016. The date and theme were decided earlier this month in a “High-Level Thematic Debate.” In attendance for that debate were officials from around the globe, as well as cabinet ministers.

Back at the last UGASS about drugs, the objective had been for a drug-free world. Since then, however, many changes have occurred with marijuana, with many US states legalizing cannabis, as well as there being whole countries who have done so. With changes necessary to the objective now, as well as calls for updates for the three international drug control treaties, there really is a need for a special session by the UN.

The original plan of a “war on drugs” is not being met, and it may not suit well all populations around the globe, particularly when it comes to marijuana. For example, Jamaica now has a law that allows for cultivating and possessing weed under certain circumstances.

There are special interest groups that are speaking up about drug reform. They stress that individual nations’ who restructure their drug laws and policies need to be respected. As well, groups such as the Human Rights Watch explain that more important issues than enforcing drugs should be a priority for the UN. They push for human rights issues to be a top priority instead of drug problems.

How the global drug policies will alter at the next UGASS is yet to be seen. What is coming quickly to light now, though, is that the worldwide system of drug policies needs to have a humanistic approach. They need to consider nations’ interests on an individual level, with respect to different countries drug reforms.

What do you think about the Global War on Drugs? Let us know in the comments below.