What is a Weed Breathalyzer? 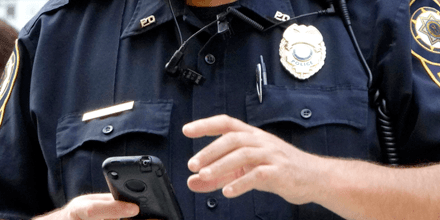 Have you heard of this new invention? It is a weed breathalyzer, and it is the brainchild of college students at the University of Akron. Let us explain more.

The process of creating a marijuana breathalyzer began back in December 2014 when scientists at Washington State University started working on it. Surprisingly though it was a few graduate students at the University of Akron, who ended up inventing the product first. They call it “the Cannibuster.”

The Cannibuster was created using the $10,000 grant that the college kids, who are in the biomedical engineering department, received. The unique lab-to-chip technology is a big part of what earned the students the award from judges and helped them beat out four challengers for the prize.

The weed breathalyzer is meant to measure levels of THC in drivers during traffic stops. The test is based on saliva samples and done on an individual basis. For most US states, it is illegal to have more than 5 nanograms of THC, although that is an issue as many people taking marijuana for medical purposes have much higher levels than that. Habitual users would likely test higher than the legal limit too.

The weed breathalyzer is controversial in that there is research showing weed doesn’t increase driving risks any more than when you are sober behind the wheel. And, heck, it is more dangerous when you drive drunk than when you smoke, isn’t it? Stoners are patient at the red lights, waiting for them to change while drunks are not so prone to wait out the light.

The University of Akron students are now working away at a prototype of the weed breathalyzer. Do you think the item will be helpful for use by police in states with legal marijuana? What are your thoughts on the Cannibuster? Let us know in the comments below.